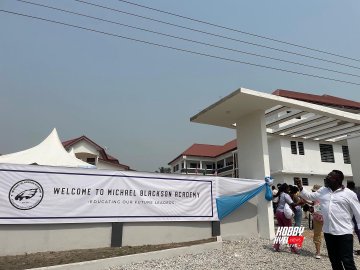 Ghanaian-American comedian Michael Blackson has unveiled an ultra modern academy at the the Central Regional town of Agona Nsaba in his native Ghana.

The myjoyonline.com’s Doreen Avio reports the US-based entertainer’s commission brought together chiefs of the town, diasporans, friends of the comedian and people of the town to witness it.

According to her, this will be Michael Blackson’s first major project in Ghana since he started visiting after staying in the United States for 20 years. 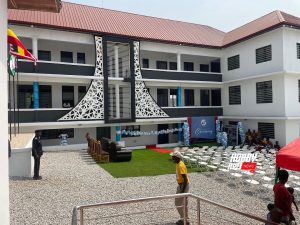 In his inaugural address, Mr. Blackson said he had plans of building a school for the people of his local community after he met some children during one of his visits to Agona Nsaba and thanked all those who supported the project.

“All my friends from the diaspora, everybody who came from Liberia, the States [Atlanta, New York, Washington DC], my Nigerian friends, I want to thank all of you for being here,” he said. 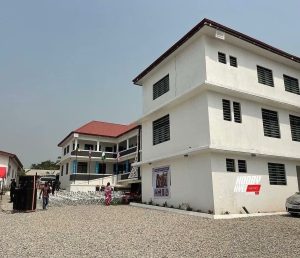 Interacting with celebrated blogger Kobby Kyei on the sidelines of the ceremony and posted on twitter, Michael Blackson said enrolment and tuition in his academy is “free” and the only thing to be paid in the school is for the children to pat attention”.

An elated chief of Agona Nsaba, Okeseku Afari Mintah III said he was impressed with the project and thanked Michael Blackson and his team for the gesture.

He also encouraged people in the community to help maintain the edifice so that it can go a long way to produce great future leaders.