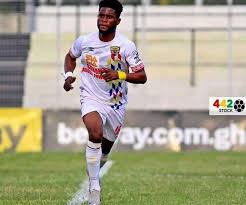 HE IS PROJECTED AS AN EPITOME OF HARDWORK AND SINCERITY AND WILL NOW BE FLYING TO  QATAR WITH GHANA FOR THE MUNDIAL , BUT JUST WHO IS DANIEL AFRIYIE BARNIEH??

Daniel Afriyie Barnieh was born on June 26, 2001 in the Ashanti regional capital of Kumasi. He attended Dunyan Nkwanta JHS in the Ahafo Ano South district, Mankranso in Ashanti Region and later proceeded to Aduman Senior High School in Aduman for his secondary school education.

Barnieh is a Ghanaian professional footballer who plies his trade as a forward for Ghanaian Premier league side Accra Hearts of Oak.

He began his astonishing career at juvenile Ghanaian football where he featured for a number of colts clubs in the Ashanti Region where he ascended to a cult hero status at Amansie FC before joining Celtic Academy in Kumasi and later joined another juvenile club called Valencia in 2015. 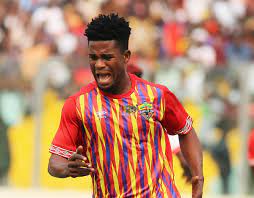 The mercurial forward  moved a step further in his career by joining Ghana Division Two League side Galaxy United where he featured from 2016 to 2017. In January 2018, Afriyie joined Burkina Faso top flight side Rahimo FC where helped the club to win the Burkinabé Premier League and secure qualification to the 2019–20 CAF Champions League.

He made a return journey to Ghana in 2019 where he joined Thunder Bolt FC  in the Ghana Division Two League and had a short stint before securing a move to Madina Republicans in Ghana’s capital, Accra.

In December 2019, the teenage sojourner was handed a four-week trial at Ghanaian giant, Kumasi Asante Kotoko where he failed to impress during the trials after being played out of position as an out and out striker but found it difficult to communicate it to the coach with fear of being dropped. 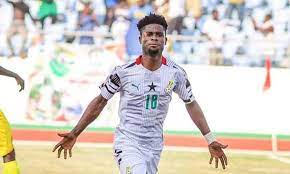 In August 2020, he was named on the Ghana national U-20 preliminary squad for the 2020 WAFU Zone B U-20 Tournament, which also served as the qualifiers for the Africa U-20 Cup of Nations.

The following month after being dropped by Kotoko, it was emerged that Afriyie has being given another chance to play for a Ghana Premier League side after he was offered as part of negotiations between Hearts of Oak and Abdul Aziz Nurudeen whom he shared the same agent with. According to a Wikipedia report, He was given the opportunity to trial and be observed by the head coach. Fortunately for him, he impressed the technical staff and on 15 January 2020 he was signed in a 3-year deal ahead of the 2019–20 Ghana Premier League where he made his debut on 19 January 2020 in a 2–1 away win against Liberty Professionals.

In October 2019, Afriyie received a call up into Ghana national U-23 preliminary squad ahead of the 2019 U-23 Africa Cup of Nations, though reports were that he put on an impressive showdown, he missed out on the final squad.

In August 2020, he was named on the Ghana national U-20 preliminary squad for the 2020 WAFU Zone B U-20 Tournament, which also served as the qualifiers for the Africa U-20 Cup of Nations. He made the final squad and was appointed the captain of the side. He led Ghana to win the trophy and qualify for the 2021 Africa U-20 Cup of Nations. In the final, he inspired the team by scoring the equalizer via a free-kick from Percious Boah in the 21st minute to trigger a comeback over their neighbor’s Burkina Faso in the final. Boah will later scored the final goal to seal the victory.

Afriyie Barnieh made the squad for the 2021 Africa U-20 Cup of Nations and again led Ghana to win the tournament for the first time in 12 years, since winning in 2009. On 6 March, during the final, he scored a brace, one in each half to lead Ghana to a 2–0 victory and emerge as the African U-20 Champions for the 4th time in the country’s history. The game coincided with Ghana’s 64th Independence Day celebration which drew in more excitement after the victory. Afriyie was ultimately adjudged the man of the match of the final.

On 3 August 2021, after an impressive season with Hearts of Oak, Afriyie received his debut call up to the Ghana A’ (Local Black Stars) under the management of Annor Walker for a camping exercise ahead of their upcoming international assignments including 2022 CHAN qualifiers and 2021 WAFU Cup of Nations. A week later, under the management of C.K. Akunnor, Afriyie was handed his first call-up into the Ghana senior team, the Black Stars, ahead of Ghana’s 2022 Qatar FIFA World Cup Group G qualifiers against Ethiopia and South Africa. He was one of the five home-based players to make the squad.

On 14th November 2022, Afriyie was selected among Ghana’s 26-man squad for the Qatar 2022 FIFA World Cup by coach Otto Addo.

He admires Brazilian striker Ronaldo and idolizes Sergio Agüero who he considers as his idol.