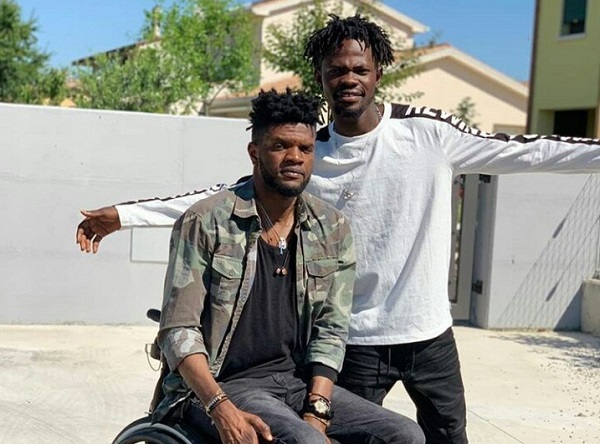 HOT: I Used Some Of My Insurance Package To Sign Fameye – Ogidi Brown. Ghanaian musical artiste and executive, Ogidi Brown, who once upon a time had stint with highlife musician Fameye, has disclosed how he managed to fund the latter’s activities while with his label, OGB Music. According to the OGB head honcho, the label set aside money to fund Fameye’s exploits in the music space, while the latter was with the label.

In an interview with Deloris Frimpong Manso, known in the Showbiz circles as ‘Delay’, on the Delay Show, Ogidi Brown divulged that he used some of his insurance package he received, as a result of a near fatal car accident he was involved in, in 2015, to sign Fameye. Reacting to Delay wanting to know if he gave some of the money meant to insure him to Fameye, the OGB music boss revealled,”I used some of my insurance package to sign Fameye… I didn’t give it to him in cash.”

“It was money set aside to work on him,” he added.

The Italian-based Ghanaian singer told Delay that the money which was set aside was used to rent a place for Fameye to live, cloth him and also finance his music videos. The CEO of OgidiBrown Enterprise recounted,  “I hired a place for him to live, his clothing and funded his music videos.”

Ogidi Brown, in 2015, was involved in a near fatal car accident which confined him to a wheel chair.