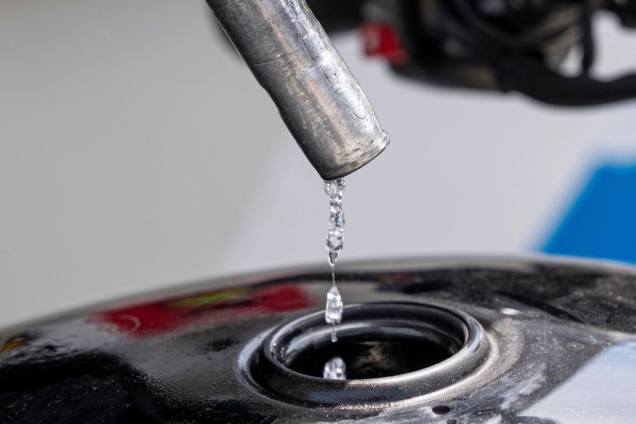 Shell Filling Station At Atimpoku Shut Down For Selling Petrol Mixed With Water To Customers. The National Petroleum Authority (NPA) says it has shut down the operations of the Shell Filling station near the Adomi Bridge at Atimpoku in the Eastern Region for selling contaminated fuel to unsuspecting customers.

In a statement, the NPA said the shutdown follows a complaint made to the Authority and a widely circulated video on August 29, 2022 about a suspected contaminated fuel purchased at the aforementioned retail outlet.

READ: Obaapa Christy to Celebrate 20 Years of Music with Concert

It said immediately, a team from the Eastern Regional office of NPA was dispatched to ascertain the veracity of the report.

The team visited the station and after it undertook a water content presence test and a dip into the well of the outlet, confirmed the presence of water.

“Management of Vivo Energy in a letter addressed to the Authority posited there was water ingress into the underground Super tank after a heavy downpour in the area which was corroborated by the investigative team sent by the Authority,” it stated.

Furtherance to that, a sample has been sent to the head office laboratory for further investigations with other segments going for forensic audit at the Ghana Standards Authority.

“The station will only be allowed to resume operations after all remedial actions have been taken and confirmed by the NPA,” the statement said.

CHECK: All Shatta Wale Songs Released In The Year 2016

Meanwhile, NPA has assured all affected customers that whilst investigations are still ongoing, the NPA’s remedial action would be for the station to fix the affected vehicles and compensate the customers.

“While we applaud the gesture of the customer who filmed the incident and shared on social media, we will encourage consumers of petroleum products to immediately call the NPA hotlines 0545006111/0545006112 or file the complaint on the NPA website; www.npa.gov.gh immediately a suspected adulterated product has been purchased.

“The customer should report within 48hours: any delay after 48 hours risks the loss of evidence. The petroleum product in question could have been sold out or co-mingled with fresh like product,” NPA urged customers of fuel stations.