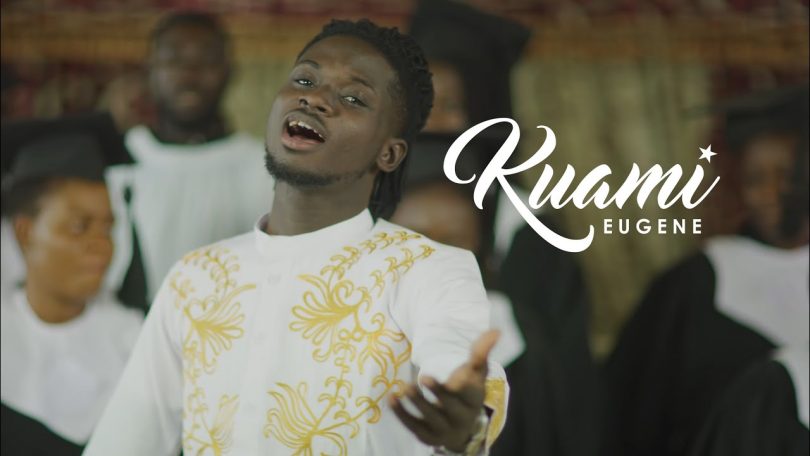 In spite of their busy schedules, several famous actors, musicians and TV personalities regularly attend church each Sunday. They’re regular people too, so it shouldn’t be surprising that celebrities go to church like the rest of us. Though there is the perception that celebs do not, or seldom go for Church services due to their status, especially for musicians who do secular music, reality check will let a doubter know that nevertheless of the genre of music most musicians do, especially those in the mainstream, it, in no way, limits them from their religion.

Some prefer churches of Christian denominations. Several celebs even make time to go to church while they are on tour, or filming on location, of which the 2020 Ghana Music Awards Artiste of the Year has affirmed he still communes with the Lord, regardless of his schedules and genre of music.

Also Read: ‘Jackie Appiah’, Once Upon A Time The Turning Point In Funny Face’s Life

According to Kuami Eugene, born Eugene Kwame Marfo, on UTV Showbiz, of which Abeiku Aggrey Santana sat in for the regular host, Nana Ama McBrown, his fellow congregants know of his steadfast loyalty in the Lord, which is a central religious practice for many Christians.

“For me, I’m punctual for Church. Anytime, if not for the corona for which we were home, I’m not abroad, Sunday I will go to church because my mum will call to enquire,” the Highlife Rockstar told UTV Showbiz.

On people’s perception that secular music contradicts Christianity especially, the 2020 Highlife Artiste of the Year said affirmed, “What I even do right now doesn’t means I have deserted the Church. I haven’t deserted the Church in anyway.”

You May Like: I’VE PLAYED MORE THAN FIFTEEN SHOWS WITH ‘MONEY’ – Kweku Flick

He continued that his mum calls him any day he is unable to go for Church service to tune his radio to a station where a pastor is preaching and holds on to monitor if he (Kuami Eugene) is still listening to the preaching.

Kuami Eugene divulged, “Any day I’m not able to attend church service she will say there is an ongoing preaching so tune in, holds on to monitor. She hangs up if she realizes I’m still listening to the preaching after about 30 minutes.” He stated that he was trained in the Lord and it has been part and parcel of him and that even his church presbytery he has still is still steadfast in loyalty.