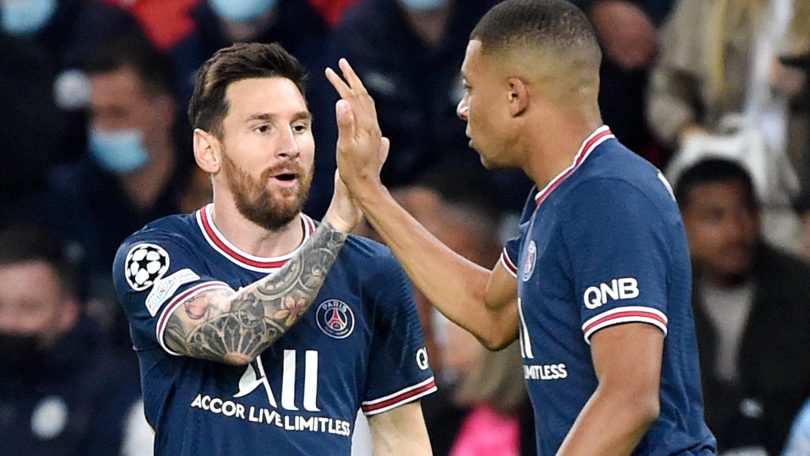 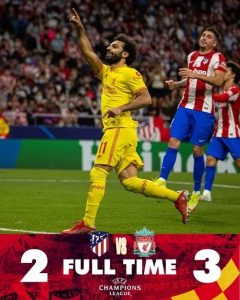 PSG Vs RB Leipzig – Lionel Messi scored twice and Kylian Mbappe played a starring role but later missed a penalty as Paris Saint-Germain came from behind to beat RB Leipzig 3-2 in the Champions League on Tuesday. 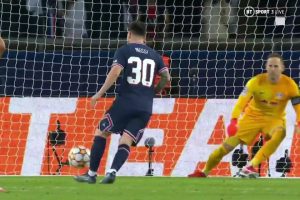 Mbappe had given PSG the lead at the Parc des Princes but a Leipzig side beaten 6-3 at Manchester City earlier in the competition did not crumble in the French capital.

Instead goals from Andre Silva and Nordi Mukiele had them in front, and at that point PSG looked as if they might pay the price for another occasionally disjointed display.

However, they were rescued by Mbappe and Messi. The Argentinian was set up by the France star for the equaliser and then coolly chipped in a 74th-minute penalty awarded for a foul on Mbappe.

Mauricio Pochettino’s team, who also saw Mbappe miss from the spot in injury time, are now top of Group A at the halfway stage, a point above City, who won 5-1 at Club Brugge earlier.

Leipzig, beaten by PSG in the semi-finals in 2020, are bottom without a point to their name.

For PSG the win was achieved without Neymar, sidelined by an adductor muscle injury.

In any case, the world’s most expensive player has not really been himself this season, his one goal so far coming from the penalty spot.

While Messi has been settling in to his new surroundings, Mbappe has been the main man for PSG.

Glitz and glamour
Those two were joined in the Paris attack by Julian Draxler, making a rare start with Angel di Maria suspended and Mauro Icardi missing for family reasons amid reports of relationship troubles with his wife Wanda Nara, who is also his agent and an Instagram celebrity.

Adding to the glitz and glamour of the Parc des Princes was Ronaldinho, the former PSG player and later a team-mate of Messi’s at Barcelona. The Brazilian embraced Messi during the warm-up before performing a lap of honour.

Ronaldinho, for a brief period arguably the best player in the world, could not fail to have been impressed by Mbappe, who looked in the mood as he gave PSG the lead nine minutes in.

A strong performance and in the end a tough result to take home.